Among the tens of thousands of civil rights violations every year, less than 1,000 result in death of a citizen. That risk is always present when police powers are combined with weapons in the hands of an officer who does not place the civil rights of citizens first. These tragic deaths are the high profile cases that get attention from media and those who demand justice.

The violations are so serious, and the holes in communities and families are permanent, so we must acknowledge these violations and strive to reduce the likelihood of future violations. Plenty of examples exist. Look at three to observe the problem: "Officers who train weekly to use weapons want to use weapons, just as hammers want for nails." 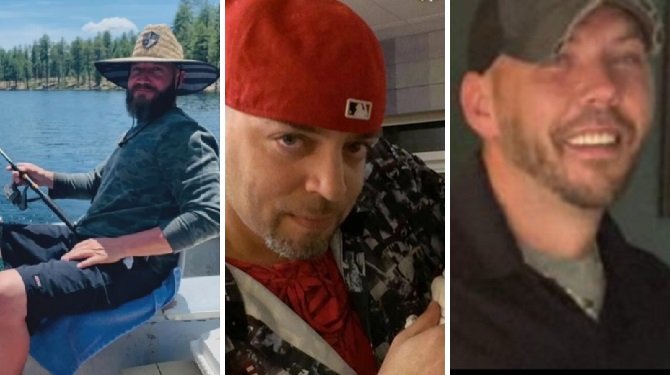 Mr.. Whitaker and Mr. Hill were shot and killed by officers within just a few seconds of being approached. In neither case is any actual crime or threat identified by officers before they killed the gentlemen. The two officers involved decided to use appallingly bad judgment, with fatal consequences. Mr. Eastep was shot and killed after an inexplicable 30 minute period of escalation by officers. No crime was identified, and he posed no actual threat to anyone. The first officer on the scene decided to use extremely poor judgment in assessing and communicating what the situation actually was, and put a citizen's life in grave danger.

Mr. Ryan Whitaker made salsa and was playing an exciting video game with his girlfriend, enjoying a night at his residence in the Phoenix, AZ police jurisdiction. A busybody neighbor upstairs called 911, complained of "noise", which is nothing serious, and then falsely claimed there could be a physical altercation: "It could be physical, I could say, yeah, if that makes anybody hurry up". Officers even commented on this bogus claim as they approached. Yet officers shot Mr. Whitaker in his doorway mere moments after he opened the door, killing him in front of his girlfriend.

Mr. Andre Hill was visiting friends at their home in Columbus, OH just before Christmas. He was working on a car late one evening when a busybody neighbor called 911 to complain about a car 'starting and turning off'. That is not even a crime, and it certainly should not have merited a response. However, bored officers arrived and approached Mr. Hill as he was standing in the open garage door with his cell phone in hand, shooting and killing him within 10 seconds of approach.

Mr. Landon Eastep was 'an unarmed guy sitting on a guardrail in Nashville, TN minding his own business'. A passing officer stopped. Over the course of 30 minutes about 30 officers arrived, stopped traffic and surrounded him with a firing squad that was just waiting for him to make a sudden move. When he did, nine officers shot him more than 15 times, ending his life in a hail of bullets that no human could survive. The critical question is, "What in the world was that first officer thinking and doing in those first 3 minutes instead of Protecting and Serving, that caused a firing squad to encircle and so precariously threaten to end the life of a guy who had just been sitting and minding his own business...?"

You can search the names and cities to find several stories about these gentlemen, and videos. There are several other Tragic Shootings you can find with a quick search, including the ridiculously outrageous body cam video of the killing of Mr. Daniel Shaver in Mesa, AZ in 2016 as he pleaded for his life while complying with incredibly disrespectful and pointless commands, and the impossible-to-justify stalking and killing of young Dillon Taylor in Salt Lake City, UT in 2014 as he was walking on a sidewalk, returning from the library with his brother and cousin. Both of those incidents started with a dubious 911 call 'somebody flashed a weapon' (which is NOT a crime). Let's think about these cases before calling 911, people. Granted, there is no excuse for hostile police officers to murder citizens. Yet think: What is a real crime? Lives could be at risk when heavily armed officers arrive. Live and let live.

Observe, there is nothing "institutional" or "systemic" about these incidents. They were the result of appallingly bad judgment by the individual officers involved. The officers are responsible for the decisions they made and for their actions.

Observe too that we citizens provide weapons to officers and grant them police powers to "protect and serve". Yet officers are still human, subject to making errors in judgment, and mistakes - intentional, inadvertent or negligent. Civil societies correct errors in courts.

Our courts must protect our civil rights and provide justice when mistakes are made.

For two very similar incidents, there is great disparity in settlements.

- Phoenix approved a settlement of $3Million in the wrongful death of 40 year old Ryan Whitaker.

- Columbus approved a settlement of $10Million in the wrongful death of 47 year old Andre Hill.

These are acknowledgments of violation of civil rights by the communities. There are additional avenues of justice in our courts that could impose judgment against the officers individually for horrifying decisions they made of their own free will.

Only justice in our courts will bring safety to our streets. Hence we have issued The Supreme Court Challenge!

"The right of the people to be secure in their persons...shall not be violated."